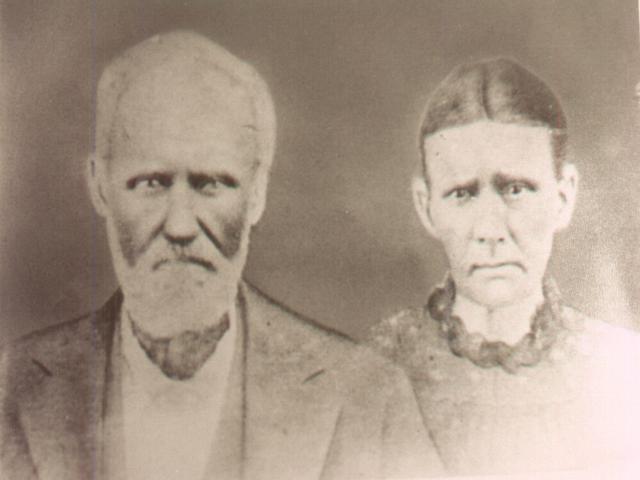 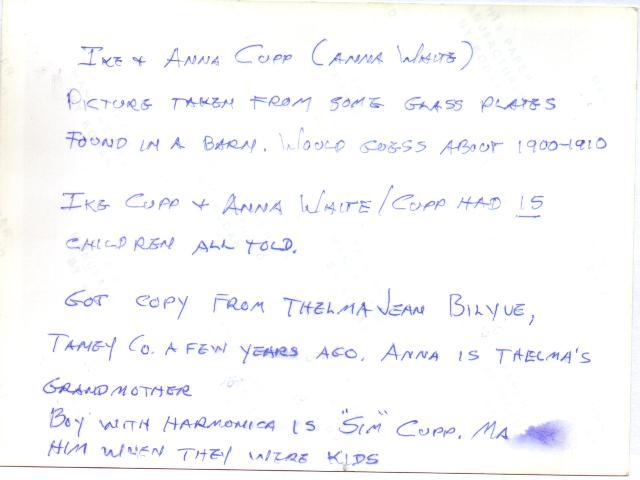 Back of the above photo. 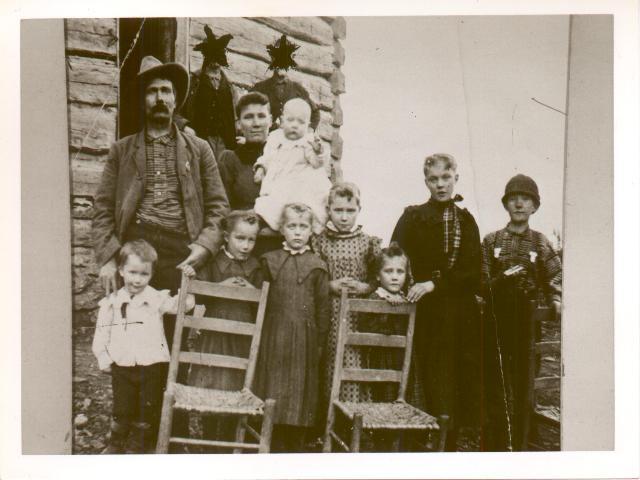 Both are buried at Meadows Cemetery Bluff Taney Co Mo.
Nancy is daughter of B.F. White and F.A. Lingo White.
Men with faces crossed out were Baldknobbers. 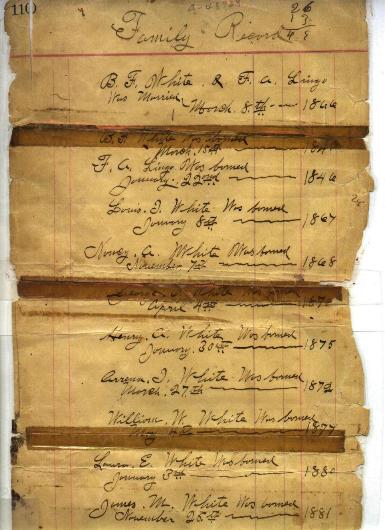 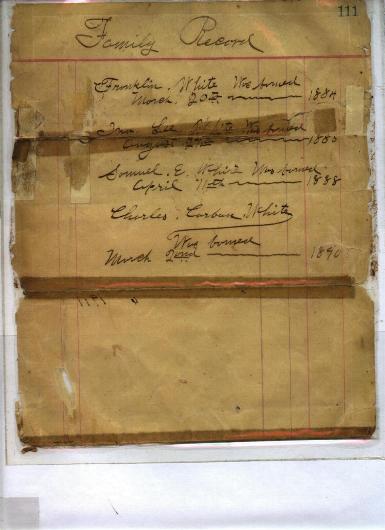 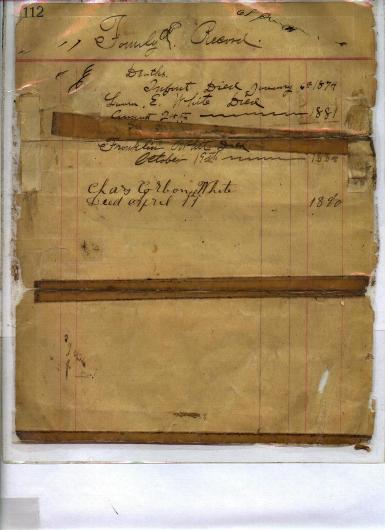 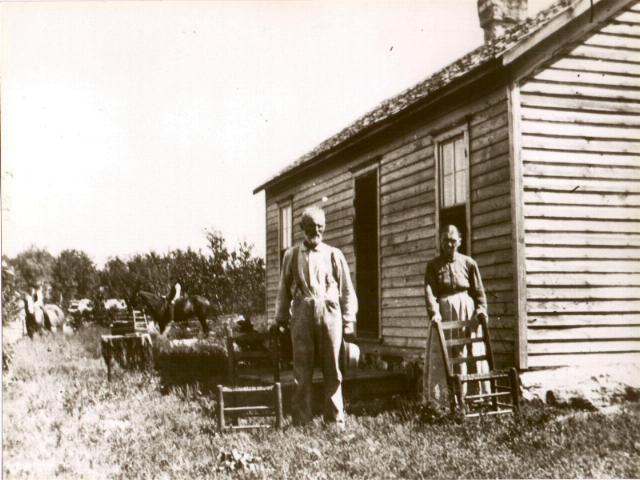 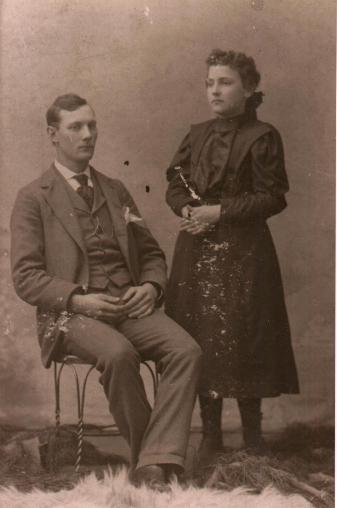 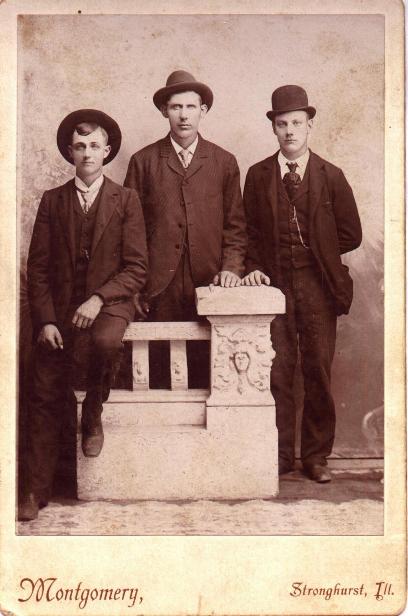